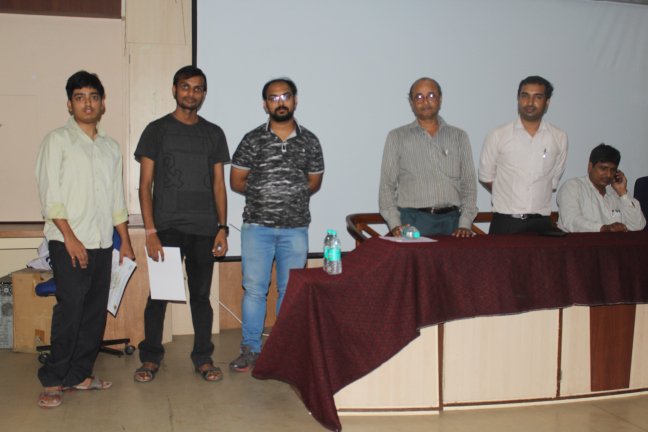 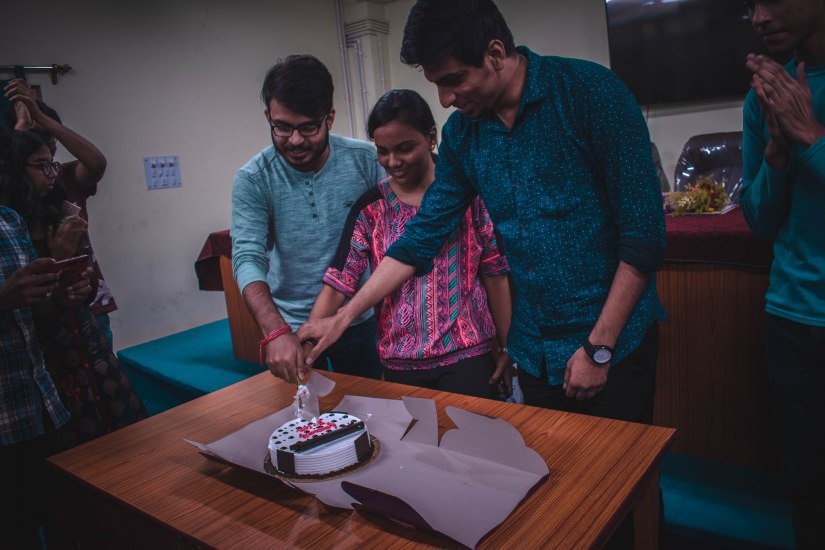 The Entrepreneurship Cell of Kalyani Government Engineering College came into existence with the aim to promote start up culture among college students and help them find their true potential in the domain of entrepreneurship.KGEC E-Cell provides the structure, support and guidance to the students who are willing to utilize their ideas and passion for initiating new thinking. In the exciting enterprise of E-cell, the contributions made by our alumni have been commendable.

In late 2014, the trio comprising Mr. Suvadeep Nandi Roy, Mr. Chandan Mukherjee and Mr. Aditya Roy Munka, three third year students of Kalyani Govt. Engineering College, founded the E-Cell in the college with 14-15 other pairs of hands in assistance. Mr. Chandan Mukherjee and Mr. Suvadeep Nandi Roy pioneered the bearing of the ensign of Joint Secretaries and Mr. Aditya Roy Munka, the manager of KGEC E-Cell. They were men on a mission. They initiated this never ending journey with the aim to do something new and beneficial for the college.

To address and acquaint the enthusiastic freshers with Entrepreneurship they organized various events, seminars and workshops. With the growth of E-Cell it was necessary for them to recruit new members. They conducted a screening test to select only the best and deserving candidates to shoulder the responsibilities of E-Cell. The assessment was not only to test their knowledge and intelligence but they also had to complete given tasks as an intern to prove their worth. In the fall of February of 2016, KGEC E-Cell organized its bellwether event, E-Summit 2016, which provided the students with a platform to express their ideas and also interact with quite a few corporate biggies present there to illuminate the stage with their knowledge, experiences and inspirations for students. E-Summit 2k16 opened new doors for their successors.

As the academic year 2015-16 drew to a close, the baton of mammoth responsibilities passed on to the next Joint Secretaries Mr. Bajrang Saraf and Mr. SK Imran. Our alumni Mr. Prateek Paul was entitled to look into the department of Public Relationship and Sponsors for the events of E-Cell. With various institutions and organizations like IIM Kolkata, Dexterity Globals etc. and under other Government Programs they had organized many workshops and interactive sessions that would benefit the students. Their goal was to make E-Cell reachable in other colleges to encourage the entrepreneurship culture as whole. Egnition 2016 and E-Summit 2017 were two major events in that period. As a result of gaining hands-on experience at these, the skills and experience among then then members of E-Cell had amplified by leaps and bounds.

In the academic session of 2017-18, Mr. Somnath Sinha and Mr. Rahul Shaw were assigned with the responsibilities of Joint Secretaries of E-Cell. During their tenure, Mr. Rahul Das was appointed at the post of E-Cell’s Design and Multimedia head. All of them had been integral parts of E-Cell since almost the beginning of the journey. They had contributed a lot to the E-Cell, both as a member and as a head of respective domains. With their proficiency and the efficiency they had spearheaded the Cell to its new heights. It needs a special mention that in the first screening test of E-Cell, Mr. Somnath Sinha had come first. His decision making abilities, courage to make the impossible possible, experience and leadership qualities had played a huge part in making E-Cell what it is at present.

The objective of the aforementioned individuals had always been to provide the budding entrepreneurs a platform and guidance they require to successfully pursue their dreams with their innovative thinking. Under initiatives like Sankalp, they had organized various workshops on Web Development, Digital Marketing, Content Writing, Classes on Python, Designing etc. Events like Egnition and E-Summit continues to gather bounds of positive responses from students and faculty.

The contribution of our Alumni is what we reap the fruits of in the present day and would continue to do so in the days to come. Their toil shaped us and showed us the light to carry on this beautiful journey at KGEC, even when circumstances haven’t been desirable. They infused in us their verve and demeanor and thereby we feel the flame ablaze, the very flame our predecessors had set alight.